That gunk is probably just kind of glue used during assembly/soldering.. or whatever was left from anti-vibration silicone/glue

Leaked caps are much more... gross


If I look at the schematics correctly, fuse near cables you are talking about is F401, on the +12v rail. Did it blow *after* you removed it from mainboard? Because there is not much there to cause it when it's not connected to anything.

Yes I wouldn't dare plug it in with the main board connected incase it blew that as well! The PSU was physically removed from the case before I plugged it in...

I did notice in this picture on the link posted by hlide that the fuse in question plus the 2 orange wires are not soldered in, while the voltages are being read...a bit odd?
https://www.nightfallcrew.com/13/01/201 ... ly-repair/
Top

From what I read, once F401 replaced, only F101 blew again. I think the four tantalum caps need changes as they seem the major issue reported in case of PSU failure. Once the concerned caps are replaced and the PSU don't blow its fuses, a check should be done on the voltage outputs to be sure they are matching.
Top

You mean the first picture (#1)? he was just doing some tests: as you can see fuse F101 (with brown cables) is still connected and the 240V passed when he tested. He was testing the 12V output voltage by just using the yellow cables. If you look at picture #5, every cable is in place.
Top

Edit: I made a mistake in the pciture: +5V uses yellow cables, not orange ones. 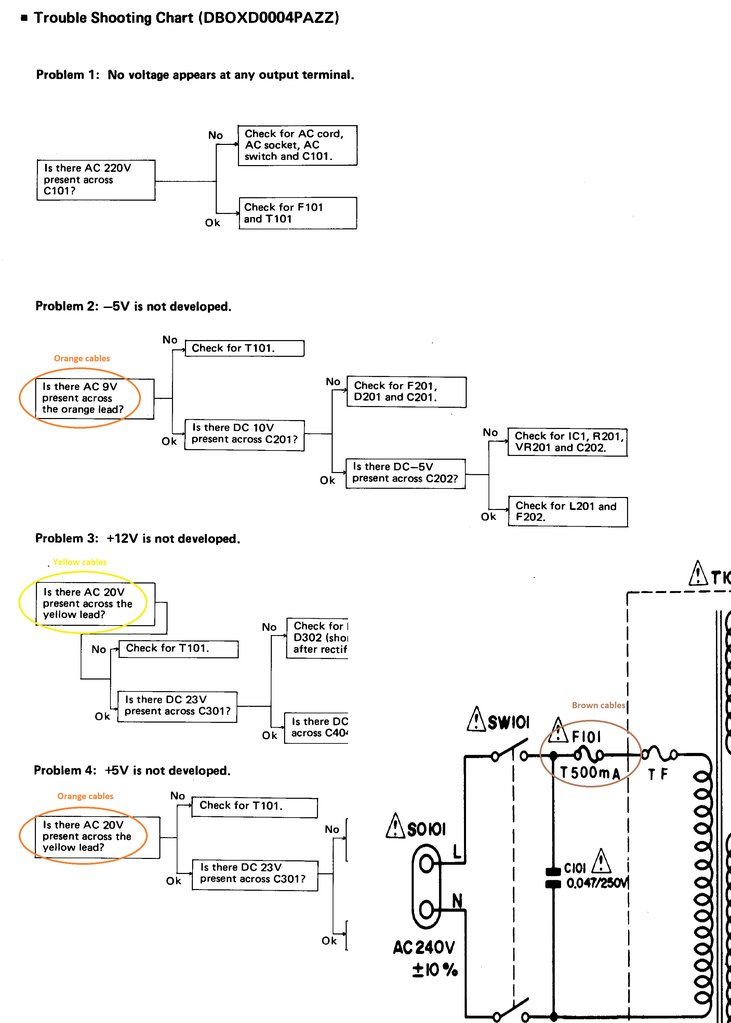 And F401 was probably burnt before your power it. Did you check it properly beforehand?

My assumption is F401 blew when the motherboard was connected and this F401 probably saved you video circuit at this moment (let's hope!).
Top

Ah yes! You are probably right about the F401 fuse having already blown beforehand. Althought I had removed the PSU, I had not checked the fuses before the first powerup, and did not see which fuse(s) blew as the case was on, just saw the flash

I will report back when I have replaced the blue tantalum caps.

Can't thank you all enough for your help and suggestions so far!
Top

I know it because I had to replace them on my MZ80 K. 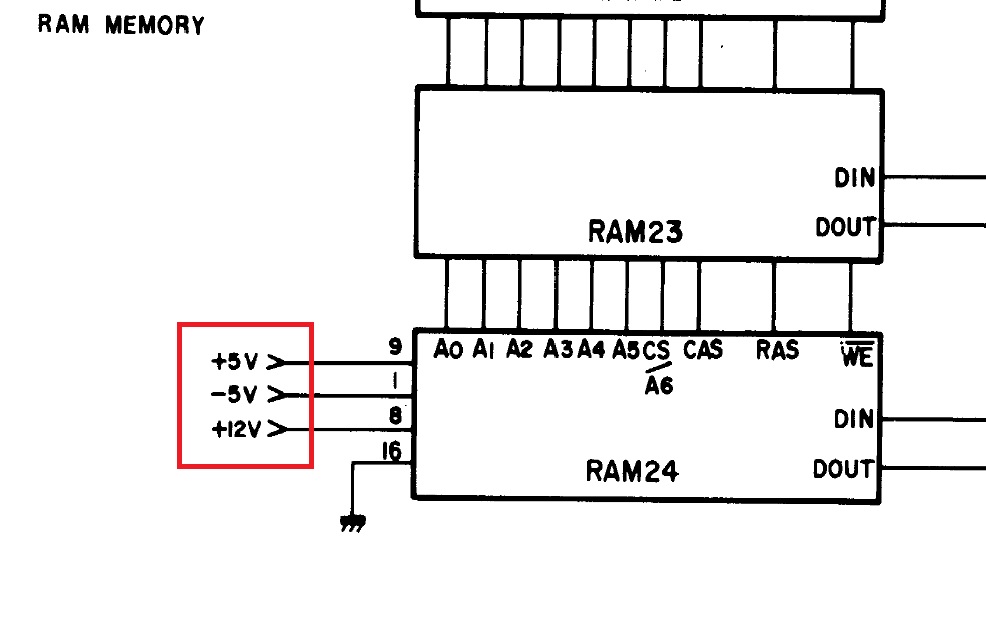 I know it because I had to replace them on my MZ80 K.

Eh indeed, did not notice them on schematics. And forgot about those old drams

All output votlages correct! I noticed in the DexterTechLab video that the larger capacitors that I was having trouble finding, were replaced with different ones of a slightly higher capacity and that clearly works! So might replace those too with 2700uf caps (which are far easier to get).

So...massive step forward and thanks to all that have helped with that.

I put it all together and plugged it all in....switched it on...
The light came on, the screen made the CRT squeeling noise (I don't miss that); but the screen image was just a load of wobbly vertical lines down the middle. These change slightly when I twiddle with the vertical/horizontal hold dials.

I read somewhere that can be caused by dodgy caps on the monitor board. Is it worth replacing them all too?
Top